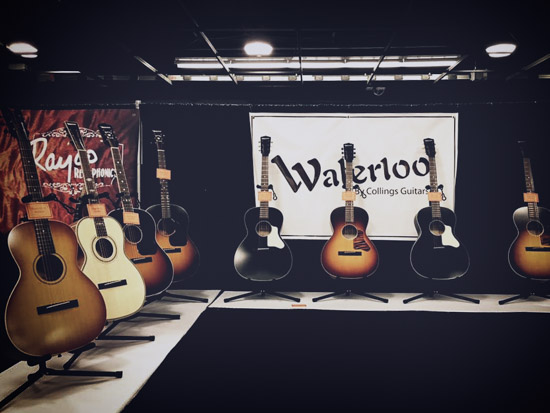 We are pleased to officially announce several exciting new additions to the Waterloo model line-up that were recently on display at the 2016 NAMM show in Anaheim, CA. Among the new guitars showcased were two new 12-fret parlor models (WL-12 and WL-K), two new 14-fret jumbo models (WL-JK and WL-JK Deluxe), as well as a stunning Stella-inspired prototype that is expected to be begin arriving in retail stores later in 2016. 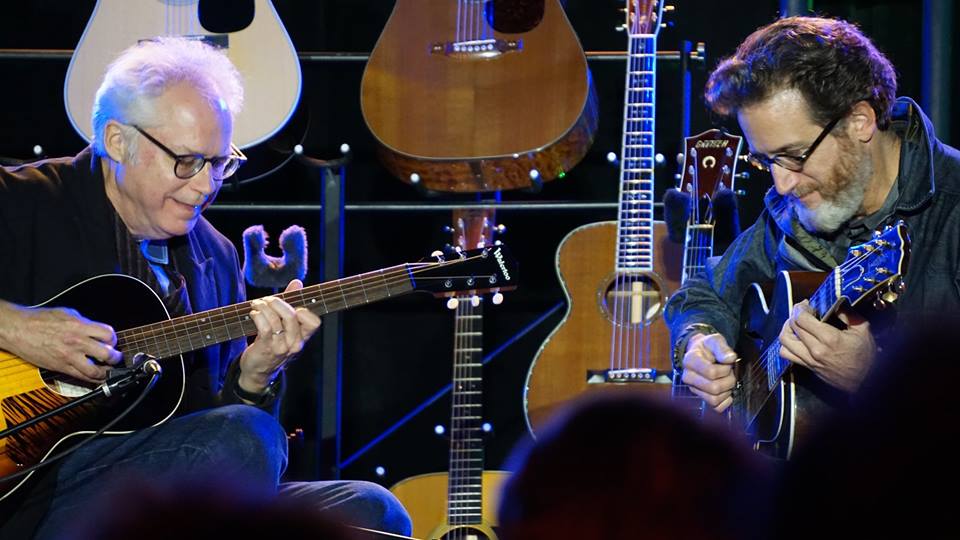 We were delighted to see that our friend Bill Frisell chose a WL-14 for his performance with NYC jazz musician Matt Munisteri at the recent Fretboard Summit, a memorable event put on by our freinds at Fretboard Journal. Photo by Jason Verlinde. 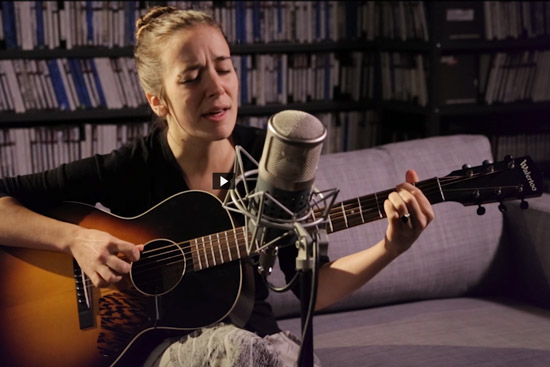 Waterloo featured on The Voice

It was great to see Joshua Davis perform his rendition of the Sting classic "Fields of Gold" with his Waterloo WL-14 on NBC's The Voice.

Waterloo Guitars to Exhibit at the 2015 NAMM Show 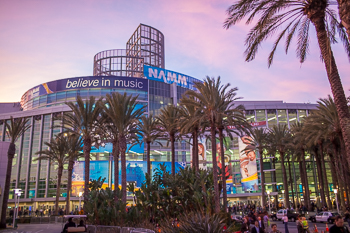 Waterloo Guitars will be exhibiting at the 2015 NAMM Show held in Anaheim, CA from January 22-24th. We invite those attending the show to stop by booth 1625, located on the lower level in Hall E accross from the Collings Guitars booth, to see the newest Waterloo developments and offerings.

Several different WL-14 models will be on display in various configurations of bracing, neck support, and finishes. If you haven't had a chance to play a Waterloo yet, this is a great opportunity try one out and compare the various models and options. You never know...there might even be a surprise or two unveiled at the show.

Julian Lage hits the road with his Waterloo WL-14

We are very excited that our friend Julian Lage will be using his Waterloo WL-14 ladder braced guitar for his solo guitar tour which kicked off in January of 2015 in support of his new record, World’s Fair.

Julian’s highly virtuosic and creative approach paired with the unique voice of our ladder braced instrument results in a sound that is rich and wonderfully nuanced. Check out his recent performance and interview session with Acoustic Guitar magazine below.

You can hear more music from Julian and find out about his upcoming tour dates at www.julianlage.com 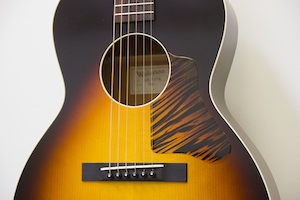 The new WL-14 was included in The Fretboard Journal's 2014 Gift Guide for Guitarists. According to editor Jason Verlinde, "Collings has done the near impossible: they’ve built a American made, $2,000 guitar that sounds old and plays like new." Read the full write up and see out the rest of the list here.

Stay tuned for more an in-depth reveiw of WL-14 in an upcoming issue of The Fretboard Journal.